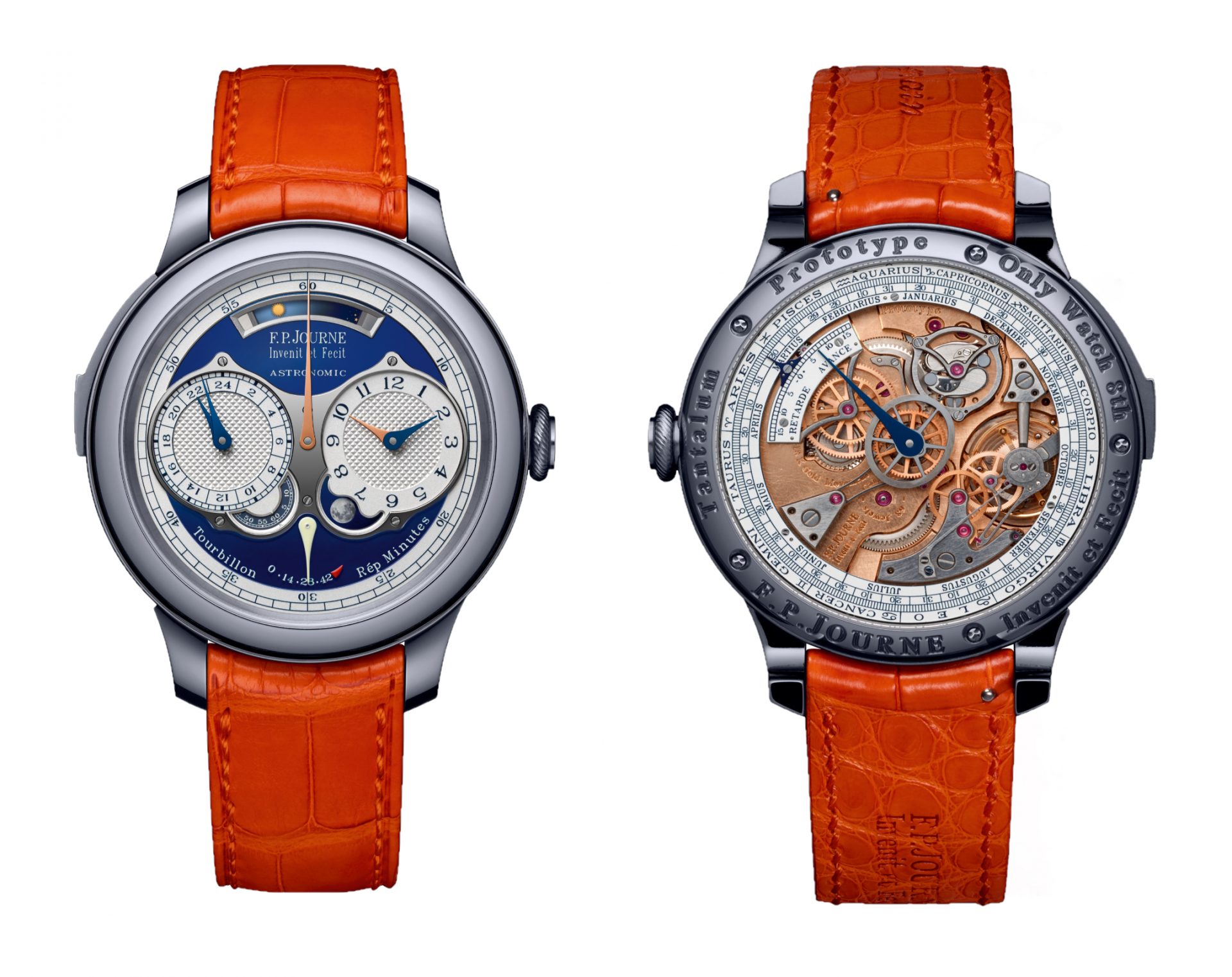 Long awaited and spoken of, Only Watch finally unveiled today the catalog for the charity auction’s 8th edition and with it, the F.P. Journe Astronomic Blue Prototype.

It’s been no surprise to the general public since a few years that Mr. Journe was developing this Grand Complication and as he was nearing the finish line, he was more open to sharing details about the piece.

Originally conceived as an idea back in 2005, the goal was to make a multi-complication timepiece that would be wearable, easy to use, and legible. Above all, it had to also be precise in following with the Manufacture’s philosophy of Chronometry.

The movement of this mechanical Masterpiece powers a total of 18 complications and functions using only 758 parts (uncased), and most impressively, cased up it measures a height of 13.75mm, roughly 1mm more than the Sonnerie Souveraine it will replace.

For ease of use and a better case aesthetic, the corrections are all adjusted via the crown, eliminating the need for any recessed pushers on the case itself, which measures 44mm in diameter.
The Functions

For F.P. Journe’s contribution to the charity, the brand has donated the Prototype of caliber 1619 which will be exclusively cased in tantalum and have the iconic chrome bleu dial, a combination only made available for Only Watch auctions and the Chronometre Bleu.

This is the first known time Mr. Journe releases a prototype to the public and the movement and case are marked as such. While all the internal manufacture movement prototypes are made with brass blanks, this particular prototype is made with the brand’s signature 18K rose gold movement though, left entirely unfinished.

The watch will be auctioned in Geneva at Only Watch, November 9th with all proceeds going to charity. The estimate for this piece is CHF 300,000 – 600,000.

The Astronomic (AST) will become a part of the brand’s offerings following the auction. 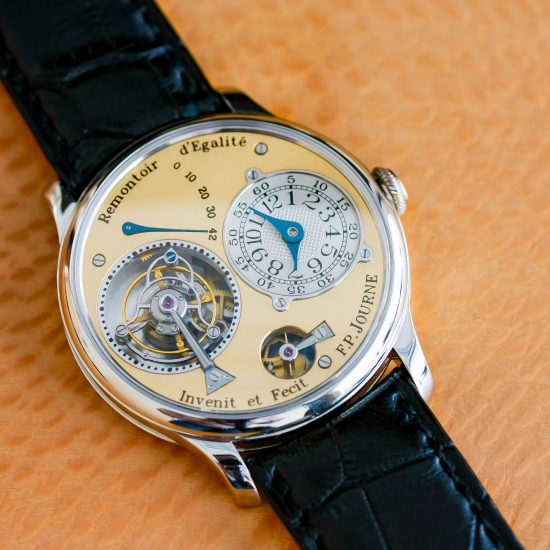